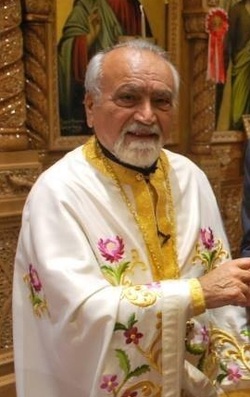 Very Reverend Father Diogenis Patsouris was born in Smyla, Ilias on 12 April 1939. His father died at a young age and due to hardships of war and the depression, his mother was forced to send her son to Vryna. Father went on to complete high school at Krestena. From an early age he displayed a love for the church – he was an altar-boy and later a chanter in his village Church.

In January of 1960, Father arrived in Australia. He faced many problems that the migrants faced. He found work and at the same time he started teaching at afternoon Greek Schools. He was then employed as a teacher and chanter until March of 1965. On 10 April 1965, Father followed his natural calling towards the Church and in Sydney he was ordained a Deacon by the late Metropolitan Fotios of Pafos. The following day, he was ordained a Priest.

Reverend Father Diogenis Patsouris was appointed to Saint George Church Thebarton by Archbishop Ezekiel on June 7 1970. He has served the community and parishioners with untiring love, dedication, devotion and commitment until this day. Under his dynamic leadership, the Community has thrived in the areas of pastoral care, philanthropy and education, culminating in the creation of Saint George College, the first bilingual Greek Orthodox College in South Australia. 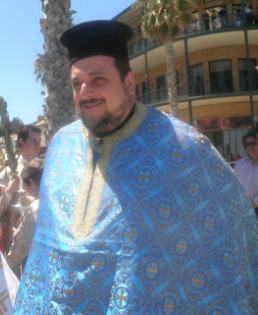 Reverend Father Konstantinos Skoumbourdis was born in Sydney on 2 May 1970. He is a graduate of St Andrew's Greek Orthodox Theological College.